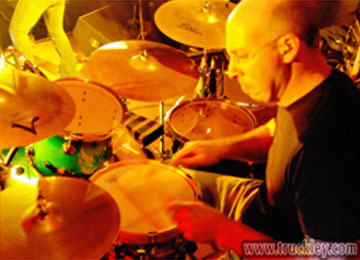 Gary grew up in Oakmont and attended school at Riverview. Early on, his parents urged him to take up an instrument and his father, a fan of drumming, suggested drums. He began studying with Mr. Debsky and Ms. Hepner when he was 11. Throughout his school years, he played in the orchestra, concert band, marching band, and jazz band. Mr. Lozenski, the band director at Riverview High School, encouraged him to try out for several honors bands.

Gary graduated from Penn State University and while there, he placed first in talent shows two years in-a-row for performing drum solos. After college, he studied with local drummer Lou Ross for several years and then began performing and recording with various bands in the Pittsburgh music scene.

He has also opened for music legends such as B.B. King, Loretta Lynn, and Tanya Tucker. In addition to Smail’s Custom Drum Shop, Gary teaches at Piano’s ‘n Stuff, Basement Music, and out of his home studio.